What Is Freelancing? A Beginner's Guide

Over the past couple of decades, the nature of work has changed dramatically. Between the massive adoption of remote work and the consistent growth of the gig economy, the foundation is being laid for a new paradigm of work that’s different from anything that has come before it.

Alongside these developments, there has been an increase in the number of people who make their income through freelance work. In 2017, 57.3 million people in the United States called themselves freelancers, but that number is expected to rise to 90.1 million by 2028. That’s a growth from 17.6% of the US population in 2017 to approximately 25% of the predicted US population around 2028.

In other words, we’re not too far off from a world in which one out of every four working-age people you speak to considers themselves a freelancer.

Needless to say, you’re going to be hearing that word thrown around more frequently. So, it’s a good idea to make sure you know what it really means in the first place.

Plus, freelancing is becoming more popular for a reason: it has a lot of benefits, like increased independence, autonomy, and in some cases a better work-life balance. But you probably already know that — that’s likely why you’re here, after all.

So, let’s cut to the chase: in this guide, we’re going to go over the ins and outs of freelancing so you can get a better idea of what exactly freelancing is and whether the freelance life is right for you.

What Is a Freelancer?

In most people’s eyes, a freelancer is a self-employed person who does work for several different organizations instead of holding a permanent position at a single company. In other words, you’re your own boss, you make your own schedule, and you do work for your customers, buyers, and clients, not for your employer.

But this definition is a bit overly simplistic. While a freelancer will usually have several different clients at once, some freelancers work in a field in which it makes more sense to have only a single client for long stretches of time before moving onto another one. In other cases, business might be slow, and the freelancer will only have one client, despite actively looking for more. Sometimes, they might only want to work part-time instead of full-time, and one client is all they need.

So, with so many nuances, how can we get a more accurate definition of what it means to be a freelancer? Although it’s just one jurisdiction, New York City does a pretty good job of defining the term in its Freelance Isn’t Free Act:

“Under the Freelance Isn’t Free Act, a freelance worker is any individual hired or retained as an independent contractor by a hiring party to provide services for compensation. Freelancer services may be commonly referred to as gigs, tasks, projects, side or contingent work, working on contract or spec, freelancing, contracting, subcontracting, consulting, moonlighting, entrepreneurship, alternative arrangements, self-employment, etc.”

In other words, a freelancer is someone who does work without that work constituting an employer-employee relationship — hence the term independent contractor. The key point here is that freelancers are independent — they aren’t employees of any particular company.

As we’ll soon see, that freedom and independence comes with lots of benefits, but it can also have some serious drawbacks.

What Is Freelancing and How Does It Work?

So, now we know what a freelancer is, but what exactly does a freelancer do? Well, they freelance. But that isn’t much help, so let’s try to get an idea of what it’s actually like to be a freelancer.

In short, freelancing is the process of finding freelance jobs, completing work, and getting paid for it.

At first, it may seem superfluous to separate it into three distinct steps, but grouping them all together wouldn’t do the freelance life justice.

The reason is this: finding new work and making sure you get paid are pretty significant parts of freelancing. When you work as an employee, those two parts are usually only in the back of your mind — once you find a job, you’re not constantly looking for a new one, and when it comes to getting paid, you usually just wait for your paycheck to come through once or twice a month.

For freelancers, this is very different. Freelance professionals are typically more actively on the lookout for new clients and contract work even when business is good. When it’s time to get paid, they need to write up and send out invoices for the work they did. Even after they send out their invoices, it can sometimes be a struggle to get paid — some clients will pay late or refuse to pay at all, and the freelancer will need to figure out how to deal with that.

These two steps, finding work and receiving payment, can take up a significant amount of time for freelancers. While employees can expect to get paid for all the work that they do, freelancers often break their time up into billable and non-billable hours. “Billable hours” refers to time spent on tasks that a freelancer can bill their clients for, i.e. completing projects, while “non-billable hours” refers to time spent on tasks for which the freelancer can’t bill a client, like finding work, running marketing campaigns, or resolving invoice disputes.

Unlike a professional with a steady full-time job, freelancers need to maintain an appealing professional profile and portfolio to attract work. Freelancers typically find work through marketplaces like Upwork, their personal and professional networks, cold emails, SEO, and job boards.

Freelancing affords a lot more flexibility than working at a job does, but it also brings a whole slew of responsibilities and risks with it. You can take off work whenever you want without getting fired, but that lack of limits means that you could end up slacking off, taking off too much time, losing all your clients, and then wind up without any income. In the end, no one is looking out for you as a freelancer — for better or for worse.

How Much Do Freelancers Get Paid?

One of the great things about being a freelancer is that you can set your own rates and fees. That means that you have more control of your income, and you can grow it much faster than you could at a regular job.

For example, a writer might get their first gig at $0.03/word, which is well below a fair rate, and then over the course of a single year raise their standard rate to $0.20/word by cycling through several different clients. That’s a 566.66% increase in one year, and that’s not at all unheard of.

Of course, the comparison isn’t exact since freelancers aren’t guaranteed a certain amount of work like an employee is. So, a freelancer could triple their rate from one year to the next, but still end up making less than the previous year if their volume goes down. Freelancers need to calculate that risk into their rate.

Overall, full-time freelancers tend to make more than employees do on average. In 2019, the average freelance writer made $63,488, while the average salary in the US was only $46,800, according to ZipRecruiter. It’s worth noting that this comparison may not be entirely fair as the average salary figures include both skilled and unskilled labor, while freelancers are almost always skilled — their skills are what they sell.

However, there’s another side to these numbers: freelancers might make more, but they also have more expenses. When you work for an employer, you and your employer split the bill for Medicare and Social Security — you each pay 7.65%. But when you’re a freelancer, i.e. self-employed, you’re your own employer, so you have to pay both halves. That means you’ll be paying 15.3% in self-employment tax to the IRS.

Plus, freelancers don’t get the same benefits that employees do. Typically, full-time employees get a benefits package added onto their salary, which usually includes health insurance and potentially a retirement plan, like a 401(k) with contribution matching. Freelancers, on the other hand, have to pay their own health insurance premiums and figure out their own retirement plans — that’s the downside of self-reliance.

When you add in those expenses, the difference between freelance and salary income starts to decrease. In 2020, the average healthcare premium for an individual was $456/month, according to eHealth, which works out to $5,472/year. Then, add on the additional 7.65% tax rate, which comes out to another $5,138 for the average annual freelancer income, plus the investment they may need to make in equipment, and a more fair comparison is that the average freelancer is effectively making closer to $56,559/year. Still more than the average salary, but the gap begins to close.

Pros and Cons of Freelancing

Freelancing is really a double-edged sword: each of its upsides has a very clear downside. Instead of making a typical pros and cons list, let’s investigate each of the advantages in direct comparison to its disadvantages.

You Can Make More, But You May Take On Greater Risks

As we discussed earlier, freelancers tend to make more than salaried employees. But part of that is because freelancers need to account for risk in their pricing. A salaried employee knows that, unless they lose their job, their income will either stay stable or increase year over year.

This isn’t the case for freelancers. Like any business, there will be slow periods, and that could mean a significant decrease in income from one year to the next. Of course, the opposite could be true as well.

People often refer to freelancing as a “feast or famine” lifestyle. While this isn’t always entirely accurate, there is an element of truth to it: freelancers need to prepare for long stretches of time with less work by keeping a high rate and saving money.

However, from another perspective, freelancers actually take on less risk than salaried employees because they typically have several different clients. If they lose one client, their income doesn’t drop to zero like it would for an employee that gets fired. By developing a client portfolio, they can reduce risk in the same way that an investment portfolio reduces risk.

Like Uncle Ben said, “with great power comes great responsibility.” As a freelancer, you’ll have a lot more autonomy and control over your life, but that means that some of the benefits and conveniences of the salaried life, like regular direct deposits, health insurance, etc. are out of the picture.

If you don’t like your job or your boss, it’s not always so easy to just quit and find a new one. But as a freelancer, if you have a solid client roster and a proven sales process, it’s easy to say “bye-bye” to a client that’s more trouble than they’re worth. On the flipside, it’s also much easier for clients to “fire” freelancers at the drop of a hat (or just ghost them).

Key Takeaways: What Is Freelancing?

Freelancing is a type of employment where you work for yourself instead of an employer. As a freelancer, you’ll have more independence and flexibility, but you’ll also have more responsibilities and take on more risks.

In the end, freelancing is a lifestyle that works for some people, but not others. Those who have an entrepreneurial mindset and thrive in self-reliant and dynamic environments will generally find the benefits outweigh the downsides, but those who prioritize stability and are risk averse may find a salaried position better suits their personality.

If you're ready to start freelancing, check out our guide on how to become a freelancer in four easy steps here.

Ready to take control and grow your business? 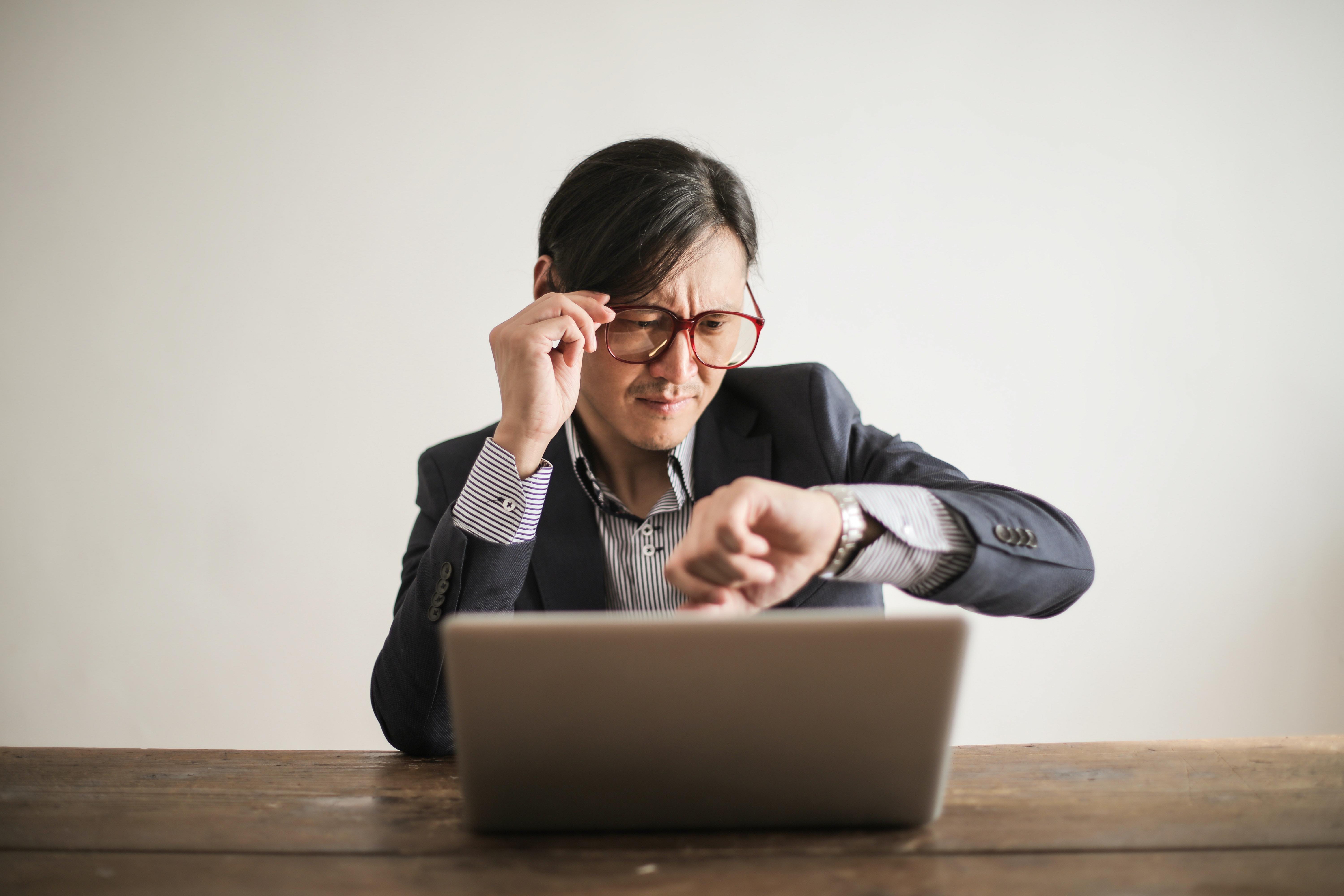 Time Management for Freelancers: How to Maximize Revenue Without Burning Out